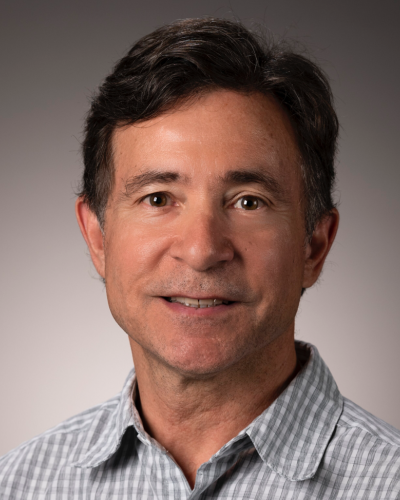 Matthew Turk is a professor of Computer Science and former chair of Media Arts and Technology at the University of California, Santa Barbara, where he co-directs the UCSB Four Eyes Lab, focused on the "four I's" of Imaging, Interaction, and Innovative Interfaces. He has worked at Martin Marietta Denver Aerospace, LIFIA/ENSIMAG (Grenoble, France), Teleos Research, and Microsoft Research, where he was a founding member of the Vision Technology Group. He is on the editorial board of the ACM Transactions on Intelligent Interactive Systems and the Journal of Image and Vision Computing and is on advisory boards for the International Conference on Multimodal Interfaces and the International Conference on Automatic Face and Gesture Recognition. Prof. Turk was a general chair of the 2006 ACM Multimedia Conference and the 2011 IEEE Conference on Automatic Face and Gesture Recognition and will be general chair of the 2014 IEEE Conference on Computer Vision and Pattern Recognition. He is an IEEE Fellow and the recipient of the 2011-2012 Fulbright-Nokia Distinguished Chair in Information and Communications Technologies.

Prof. Turk's main research interests are in computer vision and human-computer interaction, building interactive systems that see the world and react accordingly. Key application areas of this work include augmented reality, computational photography, mobile computing, and vision-based and multimodal interaction. His work is largely interdisciplinary, including collaborators from areas such as psychology, geography, electrical engineering, art, and music.