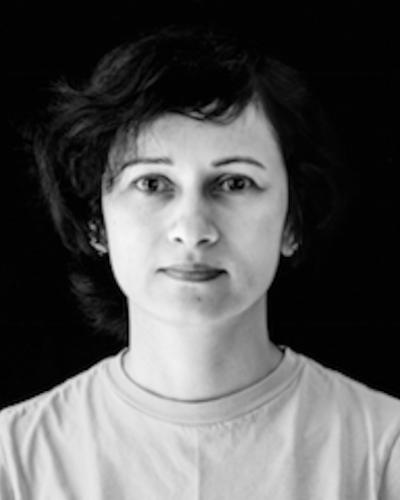 Misha Sra is the John and Eileen Gerngross Assistant Professor and directs the Human-AI Integration Lab in the Computer Science department at UCSB. Misha received her PhD at the MIT Media Lab in 2018. She has published at the most selective HCI and VR venues such as CHI, UIST, VRST, and DIS where she received multiple best paper awards and honorable mentions. From 2014-2015, she was a Robert Wood Johnson Foundation wellbeing research fellow at the Media Lab. In spring 2016, she received the Silver Award in the annual Edison Awards Global Competition that honors excellence in human-centered design and innovation. MIT selected her as an EECS Rising Star in 2018. Her research has received extensive media coverage from leading media outlets (e.g., from Engadget, UploadVR, MIT Tech Review and Forbes India) and has drawn the attention of industry research, such as Samsung and Unity 3D.

As AI decouples intelligence from consciousness, as XR technologies transform perception, and as matter becomes machine manipulable, three key questions about the future arise: 1) what will newer AI-infused experiential interfaces look like where digital bits occupy space and algorithms have faces, 2) what can we learn about human behavior through human-AI interaction and how can AI models learn from human behavior, and 3) how will a shift from data-centric to human-centric AI systems augment our capabilities and enrich our lives? To answer these questions, our current work focuses on Human-Computer Interaction (HCI), eXtended Reality (XR) and Human-Centered Artificial Intelligence (AI). In particular, we investigate the design, engineering and study of novel interfaces, interactions, tools and systems that focus on psychomotor skill acquisition, task guidance and creative collaboration.