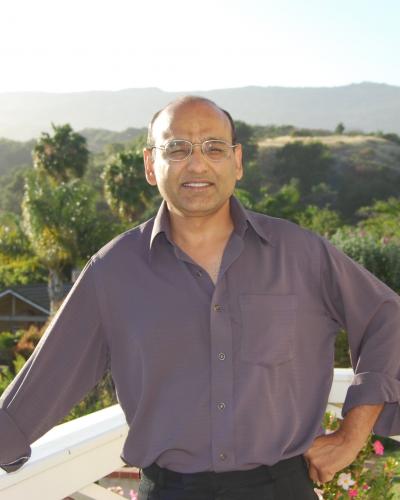 Divyakant Agrawal is a Distinguished Professor of Computer Science and the Director of Engineering Computing Infrastructure at the University of California at Santa Barbara. His research expertise is in the areas of database systems, distributed computing, data warehousing, and large-scale information systems. During his professional career, Professor Agrawal has served on numerous Program Committees of International Conferences, Symposia, and Workshops and served as an editor of the journal of Distributed and Parallel Databases (1993-2008), and the VLDB journal (2003-2008). He currently serves as the Editor-in-Chief of Distributed and Parallel Databases and is on the editorial boards of the ACM Transactions on Database Systems, ACM Transactions on Spatial Algorithms and Systems, ACM Books, and IEEE Transactions of Knowledge and Data Engineering. He has recently been elected to the Board of Trustees of the VLDB Endowment and elected to serve on the Executive Committee of ACM Special Interest Group SIGSPATIAL. Professor Agrawal's research philosophy is to develop data management solutions that are theoretically sound and are relevant in practice. He has published more than 350 research manuscripts in prestigious forums (journals, conferences, symposia, and workshops) on wide range of topics related to data management and distributed systems and has advised more than 35 Doctoral students during his academic career. He received the 2011 Outstanding Graduate Mentor Award from the Academic Senate at UC Santa Barbara. Recently, Professor Agrawal has been recognized as an Association of Computing Machinery (ACM) Distinguished Scientist in 2010 and was inducted as an ACM Fellow in 2012. He has also been inducted as a Fellow of IEEE in 2012. His current interests are in the area of scalable data management and data analysis in Cloud Computing environments, security and privacy of data in the cloud, and scalable analytics over social networks data and social media.

Professor Agrawal’s research focus is on: design and development of large-scale distributed, scalable, and reliable data management platforms for storing, managing, and analyzing big data. His research group has developed innovative storage architectures in the cloud that provide transactional and strong consistency guarantees for managing big data. In the context of big data analytics, Professor Agrawal and his collaborators have focused on social networks and social media data and have proposed algorithms to limit misinformation campaigns in social networks, to model user adoption behavior in social networks, and for reporting dominant information trends in structural and geographical contexts. His current research activities are focused in developing new approaches for managing geo-replicated data over multiple data-centers and for security and privacy of data in the cloud.