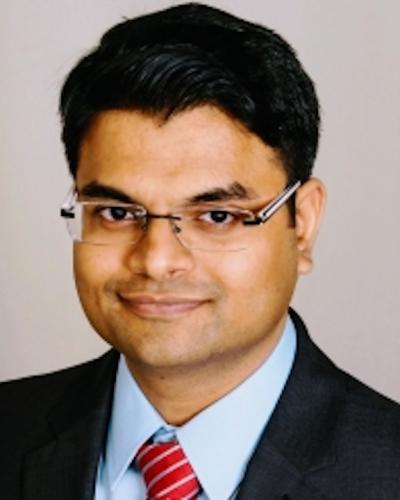 Arpit Gupta is currently a Postdoctoral Research Scientist in the Department of Electrical Engineering at Columbia University. He will be joining the Department of Computer Science at UCSB, as an assistant professor, in Fall 2019. His research involves the design and implementation of systems that solve real-world network operations problems at the intersection of networking, cybersecurity, and machine learning, with a specific focus on flexible and scalable systems for managing production networks. In the past, he built Sonata, a streaming network monitoring system; and SDX, and Internet routing control system. Both these systems are open source and widely used in both industry and academia. Arpit’s work appears at top-tier networking and systems conferences, including ACM SIGCOMM and USENIX NSDI. His work on SDX received the Internet2 Innovation Award, the USENIX NSDI Community Contribution Award, and the ACM SOSR Best Paper Award. Arpit received his Ph.D. in computer science from Princeton University, masters in computer science from NC State University, and B.Tech. in ECE from Indian Institute of Technology, Roorkee.

As a systems researcher, I design and build easy-to-use, scalable, and deployable systems that solve real-world problems at the intersection of networking, cybersecurity, and machine learning.

First, I identify real-world issues that network operators and vendors face while working “in the trenches” and understand their practical constraints. I then design innovative and provable solutions to these problems using various theoretical techniques (e.g., optimization, graph theory, machine learning) and emerging technologies (e.g., programmable data plane, scalable stream processors). Finally, I build practical systems with minimal deployment overhead. My systems and the software packages I wrote are widely used in both academia and industry. For example, my software-defined Internet exchange point (IXP) prototype is used by many IXP operators across the globe.

Currently, my research revolves around answering the question, "How can networks run themselves?"  Conventional network management tools and practices built for much simpler networks are ill-suited to handle increased complexity, attributable to the proliferation of networked devices (e.g., Internet-of-Things), systems (e.g., container networks), and applications (e.g., augmented or virtual reality) in recent years. To satisfy the increased security, availability, and performance requirements of modern networks, my goal is to design and build self-driving networks that automatically (with no or little humans intervention) make holistic (not protocol-specific) control decisions in real time.